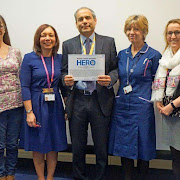 Submitted by LS Jan 2019. I underwent a Radical Prostatectomy performed by Mr Afzal using the Da Vinci Robot. I wish to express my thanks and admiration for the Urology Team, all of whom performed faultlessly withj professionalism and equally important kindness. 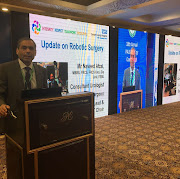 Date : 12-07-2016
Dear Mr. Afzal,
Congratulations! It is a great pleasure to inform you that your video abstract entitled: Transperitoneal Robotic Prostatectomy without posterior mobilisation of the bladder has been accepted for video presentation at the 13th Meeting of the EAU Robotic Section, 14-16 September 2016, Milan, Italy.
We would like to inform you that your submitted video will be played on a screen for viewing by delegates.
With kind regards,
ERUS Abstract Review Committee
/download/85e5ab78-97a5-11e6-8947-7f23a0d0a2ca/ 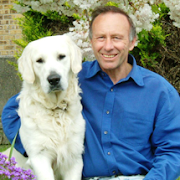 by Harry Walton
DOZENS of men across Weymouth, Portland and west Dorset are needlessly dying because they can’t be bothered to make a simple check for prostate cancer.
One in six of all cancer cases in Dorset is prostate while prostate cancer is responsible for one in 12 of all deaths caused by cancer in the county and nearly one in seven of all male deaths from cancer in the UK. It killed 307,000 men worldwide in 2012.
Nearly a third of Dorset men are unaware of the risks of prostate cancer and experts say they are seriously worried by figures which show more than eight out of ten Dorset men wouldn’t see their doctor even if they knew they were at risk.
Naveed Afzal, lead consultant urologist at Dorset County Hospital in Dorchester, has recently started carrying out state of the art robotic surgery for prostate cancer at Royal Bournemouth Hospital including patients from right across the Weymouth, Portland and west Dorset area.
But he is deeply concerned that many more lives could be saved if only men would take the trouble to get themselves checked.
Early diagnosis through a visit to their doctor for a PSA blood test makes treatment so much more effective. This is important for the over-50s, he says, but doubly important for any man over 40 with a family history of prostate cancer.
He said: “Prostate cancer mortality is strongly related to age. In the UK between 2010-2012, three out of four men who died from prostate cancer were over 75 and more than 99 percent were aged 55 and over.
“I cannot stress too strongly how important it is for men to take the trouble to visit their doctor for a simple check once they reach 50 and certainly at 40 if they have a family history of prostate cancer.”
Mr Afzal said one Dorset man who knows just how important this can be is Terence Wood. His doctor referred him to DCH with a moderate PSA count which led to tests and a diagnosis that he had prostate cancer. Mr Wood’s father had died from prostate cancer in 1999.
A successful robotic surgery operation by Mr Afzal followed and a delighted Mr Wood said it had been “very effective” with only a short hospital stay and a quick recovery period.
Mr Wood said in a letter to DCH: “I cannot praise this procedure enough and for the whole of the “team” involved both at Dorchester and Bournemouth hospitals.”
Mr Afzal said: “The latest procedure using the new robotic Da Vinci equipment enables a man with prostate cancer to be operated on in a way which is less damaging to his body and which reduces the time he must spend in hospital.
“Because it is less damaging the recovery period is also shorter, but such life-saving treatment is no good if the man in question has left it too late before going to their doctor.
“Taking the time to go for a check up and PSA test can be the difference between life and death. It helps us to help the patient get the best treatment as early as possible so it is as effective as possible.”
Weymouth and Portland View From Chief Reporter Harry Walton was also among those diagnosed and treated for early prostate cancer by Mr Afzal and his team at DCH.
He said: “I hope I am now fully cured thanks to DCH offering what I believe is one of the best prostate cancer treatment facilities in the country.”
See Full article:
http://www.viewfrompublishing.co.uk/news_view/35601/11/1/weymouth-one-in-six-cancers-is-prostate 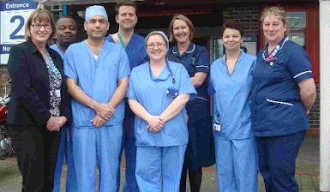 MEDICS in Dorchester are using cutting edge lasers to treat patients with kidney stones. They are firing up the beams in the urology unit at the Dorset County Hospital as it deals with kidney, ureteric and bladder ailments. The holmium laser fragments very tough stones and treats urinary tract problems. Patients previously would have to go to larger hospitals in London or Bristol but most can now be dealt with in Dorchester. Naveed Afzal, who is consultant urological surgeon at the Dorset County Hospital, said:
“Offering the best level of patient care requires two key ingredients.
“The very best trained medical staff using the latest proven techniques and equipment.
“Our urology unit now has the capability to treat a range of different urinary tract issues, offering our patients the latest medical treatment and care.
“The laser is a key part of this and the fact that it’s specifically upgradeable means we’ll maintain this cutting edge ability in the years to come.”
The laser is already used by leading urologists in the United States to treat urinary stone diseases. It has been approved by the National Institute of Clinical Excellence and is being introduced at major hospitals in Europe.
The laser bolster the arsenal of medical equipment in the urology department. Treatments include ultrasonic waves to fragment stones and delicate key-hole surgery for removing problematic build-ups. 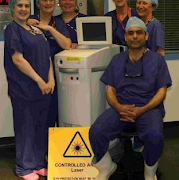 It is hoped the service, the first of its kind in the area on offer to male patients with suspected prostate cancer, will result in higher detection rates of the disease. Mr Afzal said: “We are very pleased to be able to offer our patients this new procedure as it saves people the stress and inconvenience of coming in for repeated prostate biopsies and gives them an early diagnosis so they can begin their treatment quickly. “This technique is generally only offered in specialist urological centres so we are delighted to be able to provide this service for our patients here at Dorset County Hospital.

“We have done our first three procedures and everything went very well. “This will be a very valuable service for a select group of patients who have cancer that Standard biopsy procedures remain an accurate way of diagnosing prostate cancer but between 10 and 30 per cent of patients are given a ‘false negative result’, which means the biopsy result is negative although prostate cancer is present.

The new transperineal template biopsy is intended to provide a more accurate way of assessing and mapping the prostate and is important for people who have had repeated negative biopsies but are judge to be at high risk of prostate cancer. The process was first introduced in America and is now being gradually introduces to a number of specialist urological centres in the UK, meaning Dorset County Hospital is very Evaluations have shown it produces a higher cancer detection rate and more accurate The procedure is done under a general anaesthetic and patients can go home the same day.